You are here: Home1 / Validated Phone Information2 / Why You Need to Do a Phone Carrier Lookup 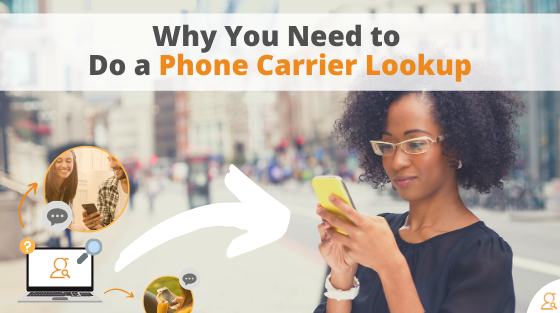 If you send bulk text messages for your business you’ll want to be sure the system used is the right one for your situation. At some point, you’re going to want to educate yourself regarding the 3 methods most providers use to send them. You’ll also want to learn about why a phone carrier lookup is important or be sure the service you hire to send them is using industry best practices.

Typically, you’ll only need to do a phone carrier lookup once for each phone number, however, 30% of phone numbers do change carriers monthly, so, depending on the system used to send messages, additional carrier lookups a few times a year can improve your delivery as well as save you some time and money.  Here’s how.

Since a phone carrier lookup, especially a bulk lookup, may cost you a few pennies per number, you’re probably here to find out why you’d need to do a carrier lookup and if there’s any way around it.

In many business uses, there’s really no way around it. Using cell phone numbers in the best way possible, without knowing the carrier, is a shortcut that can cost you in numerous ways. While ignorance is bliss, it’s can be a double-edged sword and can severely affect your campaigns and your wallet.

What is a wireless carrier lookup?

Why do I need to do a carrier lookup?

Ordinarily, when you send text messages from your personal cell phone, you don’t care who the carrier is. Your phone just sends the message.

If you’re a business owner preparing to send bulk text messages, you probably think you need some third-party software to send mass SMS messages or do you?

So, you’ll need to do a carrier lookup and add the carrier information to your phone lists. Then, your text messaging software can send text messages to all your phone numbers.

How to do a phone carrier lookup by number

Searchbug offers a phone validator to do a cell phone lookup and get information about that phone number if you need to find service provider by cell phone number. 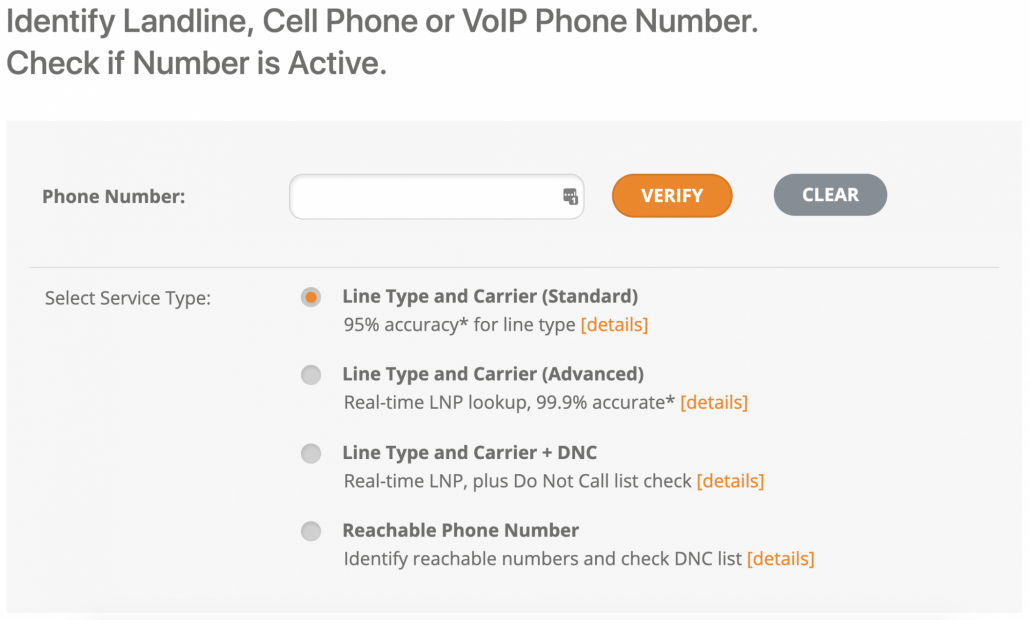 This tool works best if you have a small number of phone numbers to verify since you have to input the phone numbers one by one. However, it only costs a few cents per phone number. And, the data is reliable.

You’ll get much better results for a few pennies than you will with any free cell phone lookup. The time you save by getting carrier data you can actually use will save you far more than the cost of a dependable phone validator.

Additionally, the Searchbug phone validator will get you the name of the person associated with that phone number, the line type (landline vs cell phone), and the zip code and time zone for the phone number.

So, if you’re wondering, “Can I find out who a phone number belongs to?” the answer is yes, you can. Try it now.

How to do a bulk carrier lookup

Doing a phone carrier lookup one by one is convenient for a few numbers. But, most businesses need to get information about a lot of phone numbers in a list.

There are two ways to do this: with a batch phone verifier service or with a carrier lookup API.

The batch phone verifier service is best for businesses that have phone lists, which they store in databases, and plug into their SMS messaging software.

The batch phone verification service is accessible through your browser, and it takes just a few minutes to do a bulk phone carrier lookup on your entire list of phone numbers.

Simply export your list to an Excel, .csv, or .txt file. Then head over to our online phone validator interface and upload your list. Use the “Line Type (Advanced)” service to get the current carrier information.

The Searchbug service will also get the location and time zone information, and the SMS email address, which is necessary if you prefer to run SMS or MMS campaigns in house using a standard email client to send mass or bulk text messages.

If you need to do phone carrier lookups in real-time—to get carrier information about new leads as they come in, for example—you might be better off using a carrier lookup API, and integrating the carrier lookup into your lead generation system.

That way, you can automate the carrier lookup process, and streamline your SMS marketing.

If you’re looking for a free carrier lookup API, you’re in luck. The API itself is free of monthly fees and minimums. You just need a Searchbug business account. Then you only pay for each carrier lookup query and rate drops throughout the month based on total monthly queries to date.

For bulk phone carrier lookups and carrier lookup API queries, the cost is about one cent per record or less. And, the cost per phone record goes down as you run more searches. So, it gets more cost-efficient as you scale up.

Both of these methods will enable your business to leverage third-party SMS messaging software or bring the SMS messaging in-house using an email client with no additional costs. Not only will this process save you time and money, but it can also reduce overhead costs to your business.

If you need to do a phone carrier lookup by number, use our phone validator.

If you’re a business that needs cell phone carrier information for lists of phone numbers, use our bulk phone carrier lookup service. 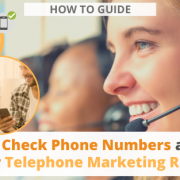 How to Check Phone Numbers and Get Better Telephone Marketing Results

Do You Know Your Customer’s Cell Phone Number? 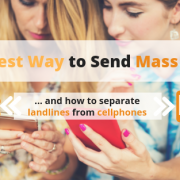 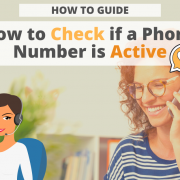 How to Check if a Phone Number is Active 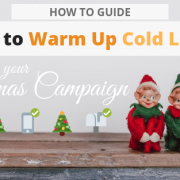 How to Warm Up Cold Leads for Your Christmas Campaigns 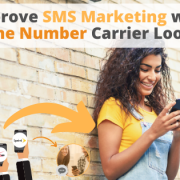