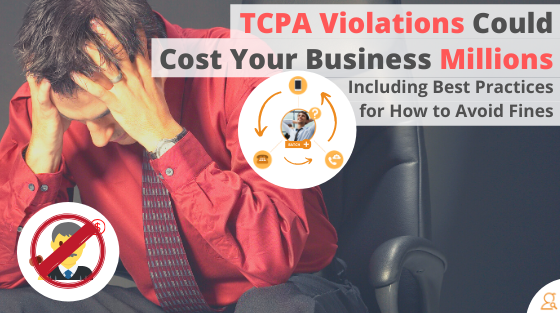 No, that’s not an exaggeration. TCPA violations can easily rack up millions in fines and litigation fees.

Class action lawsuits can be expensive enough to bankrupt small businesses. In Illinois, the CEO of a medical supply company was ruled to be personally liable for $7.8 million in TCPA violation fines.

Here’s what TCPA violations look like, by the numbers:

TCPA violations of settlements and costs

The list goes on. But, you can see the trend here: MILLIONS. TCPA violations regularly cost businesses millions of dollars. And, even if the settlement is less than a million, the legal fees themselves are quite steep.

A good lawyer is one solution. But, ultimately, it’s best to avoid TCPA litigation altogether.

How the TCPA works

The TCPA was originally written as a law that would be enforced in small claims court. It was intended to be a way for consumers to get direct compensation for the abuse of their phone numbers.

Without getting too deep into the legal lingo weeds, this means two things:

It’s so easy, in fact, that there’s one person who has filed at least 45 TCPA lawsuits through a lawsuit generation scheme. The consumer would place an order and stop the credit card payment. Then file a TCPA lawsuit when the company called to resolve the payment issue.

So, consumers care about how you use their phone numbers. And, they will report you if they believe you’re abusing their telephone numbers.

How to avoid TCPA lawsuits

The TCPA has been updated a few times. And, the definition of what is considered an “autodialer” is still a bit murky.

However, if you follow a few TCPA compliance best practices, you will most likely be safe from TCPA violations and lawsuits.

This is what you need to get adequate express written consent:

Avoid anything that could be considered an autodialer or a robocall.

There are nuances. But, it’s best to follow these best practices for making marketing calls and sending texts:

If you run your telemarketing programs this way, you should be on the right side of the law. And, that could save your business from bankruptcy.

If you’re concerned about TCPA compliance, adding phone number validation to your technology stack is the best place to start. A phone validator enables you to avoid telephone numbers that are on the Do-Not-Call list and separate cell phone numbers from landlines.

Both of these are essential functions for determining what you can and can’t do with a customer’s phone number.

If you need to validate phone lists to maintain TCPA compliance, use the Searchbug bulk phone validator. 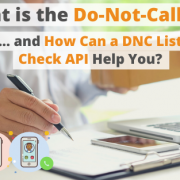 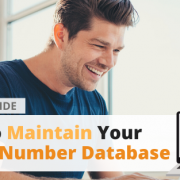 How to Maintain Your Phone Number Database

Reverse Phone Lookup: How to Navigate the World of Unknown Numbers
0 replies